Happy news for the urban sea trouts in Helsinki

In 2016, the sea trout population in a city stream of Helsinki was in trouble. A large deliberate leakage of oil from a garage in the nearby industrial area contaminated the side stream and threatened the whole population. Storm water running to the stream was deteriorated by repeated smaller accidental oil leakages and by the loading of hazardous substances from the nearby busy streets. Thus, a delicate stream ecosystem in the middle of the city, a densely built catchment area, and very little space for any management structures to clean the storm waters. What to do?

First: Get nerves made of iron to solve all known and upcoming challenges.

Third: Reserve a lot of money.

Five: Check that it really works!

In Helsinki, the life of the sea trout population in a local stream was eased by building a biochar based storm water filtration basin. The basin was fitted into a small space between busy roads, a small industry area, a large power line and numerous underground pipelines, telecommunication and electricity cables. It seemed that every time the excavator’s shovel bucket hit the ground, some unmarked cable was revealed. However, with careful planning, a large enough basin was designed to receive water form this densely built, mainly impermeable catchment area.

Due to limitation of space, both vertical and horizontal, the basin could not be very deep, and a thick filtration layer was out of question. With a very thin filtration layer, an efficient filtering media was needed. Luckily, this was aimed to be a pilot site for biochar filtration. Biochar is artificially manufactured by burning wood or other biomass in very high temperature without oxygen. The result is a very porous material with high surface area, and thus, high capacity to bind chemical substances.

In this solution, biochar was mixed with crushed stone in an accuracy of one shovel bucket of biochar and two shovel buckets of crushed stone. The mixture was then spread as an about ten-centimeter layer on the bottom of the basin. A permeable filtering material was needed to make sure the basin is emptied fast enough not the flood the nearby buildings.

The lore tales of contaminated soils on the planned location created extra excitement. Luckily, in the end, the most harmful thing found on the construction site were lupine plants growing everywhere. Lupine has been classified as a harmful invasive species, and it must be destroyed everywhere in Finland. However, annoying relative to the budget, destroying the lupine bushes in a proper way caused thousands of euros extra costs for the building process.

The filtering basin was finalized in autumn 2019, and now all storm water entering the basing either form nearby streets or from the small industry area is filtered through biochar before continuing to the stream.  After monitoring the water quality in autumn 2019 and spring 2020, the results indicate that trouts in the stream can breathe freely again. The biochar filtering efficiently decreases loads of nutrients and other harmful substances, like heavy metals, to the stream. A great part of the suspended solids discharged from the nearby streets is absorbed or sedimented to the pool, and with the suspended solids no doubt, also the chemical substances bound to the solids. However, in addition, the concentrations of dissolved substances were markedly reduced by the filtration, suggesting efficient absorption by biochar. Constant small oil spillages, a real problem in the area earlier, are efficiently retained by the pool, either by absorption or simply by retaining the water and giving oil time to degrade. 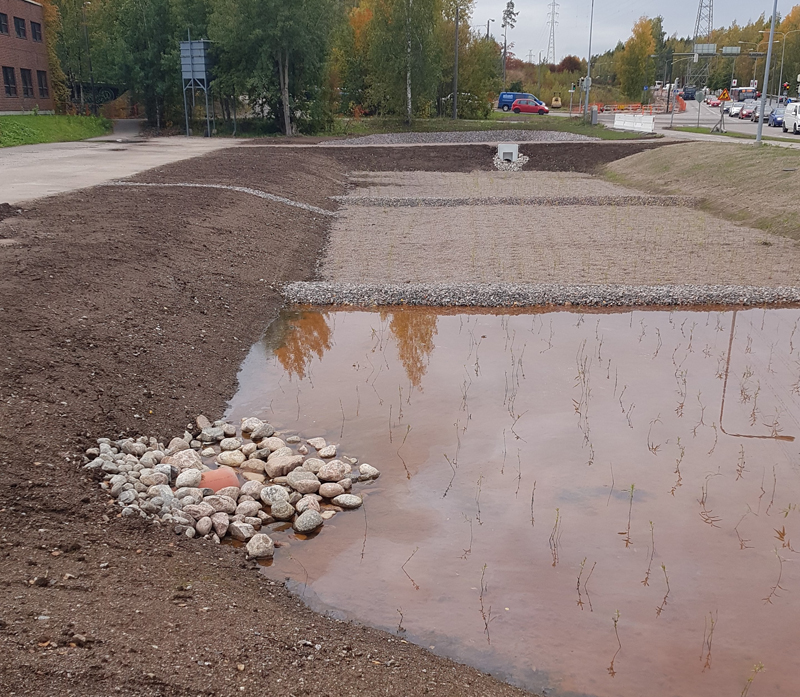 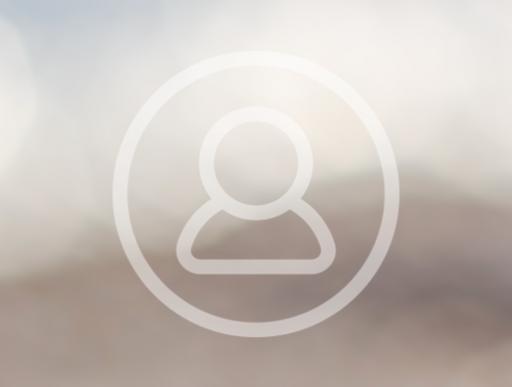 Improved storm water quality in an industrial area in Helsinki