The environment of the Baltic Sea is very sensitive in the spaces where the touristic turnover is high. It is visible on the Baltic Sea, both from the amount of pollution on the public beaches, as well as from the loads of the marine litter.

The international annual campaign "Clean Beach" annually takes place in Saint-Petersburg in the frame of cooperation between Saint-Petersburg and other cities of the Baltic Sea Region: Tallinn, Helsinki and Turku. The aim of the campaign is to develop youth cooperation in the field of environmental protection, improve the ecological culture of citizens, develop environmental volunteer movement. The campaign is not only to clean up beaches by voluntary work – it is to give citizens a concrete chance to make a difference to the environmental well-being of the shore through involving and extending voluntary networks and international cooperation for our common Baltic areas.

Clean Beach helps to raise awareness of such issues as marine litter, climate change, biodiversity, SDG. This approach supports developing preventive measures instead of working with consequences of accumulating garbage on the beaches.

The Clean Beach campaign is open for participation to associations, societies, business, cities, institutions, students, families, groups of friends, as well as individual citizens. This campaign is an annual contribution to the implementation of the HELCOM Regional Action Plan on Marine Litter, which aims at notable decreasing of marine litter till 2025.

Watch the video from the event in St. Petersburg in 2019 to see an example of a Clean Beach event.

The main principles and ideas of the Clean Beach action are included into the Note of intent, which can be supported by any organization, city, association intending to join the campaign and/or conduct similar event. The Note of intent is already supported by:

In 2019 in St. Petersburg, with more than 500 participants, altogether 40 volunteers assisted in the campaign arrangements. 27 teams took part in the competition, which involved

The campaign helped to collect more than 40 m3 litter, among which were 217 bags of recyclable waste consisting of:

In Leningrad region, more than 250 participants participated in the campaign forming 14 teams of local citizens. The programme included 10 stations of environmental-educational quest and altogether helped to collect more than 10.5 tons of litter (around 2.5 of litter were sent to recycling).

Every year, the Clean Beach campaign attracts more attention, and cities of the Baltic Sea Region are highly encourgated to join it!

In St. Petersburg the action is supported by the Committee for Nature Use, Environmental Protection and Ecological Safety of St. Petersburg. 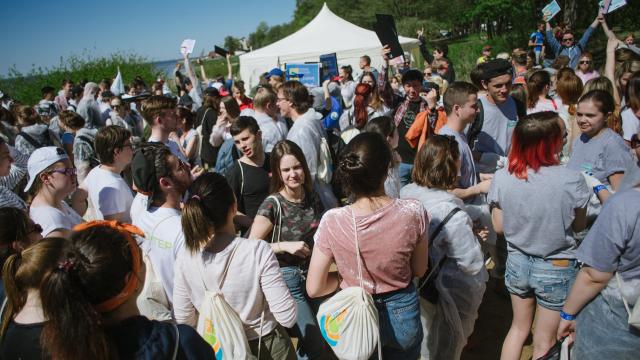