Palanga City Municipality is the biggest coastal resort in Lithuania, and it needs effective methods to address accumulation of plastic debris and litter on the beaches. Purchasing a special vehicle for effective pollution removal allowed efficient collection of debris by raking, screening and mixed cleaning thus preventing plastics disintegration and microplastics entering to the marine water.

The main goal of the Palanga City Municipality has been reduction of littering and garbage accumulation on beaches. Beach debris may contribute to the contamination of coastal waters with fine particles (microplastics) and phosphorus and nitrogen compounds from food and beverage residues. The issue was addressed in the Reviving Baltic Resilience (RBR) project in one of four pilot cases aimed at evaluation and proposal of solutions to diminish flux of pollutants from reaching the Baltic Sea.

Significant part of plastic pollutants contains food residues, therefore, beach waste collection - besides sanitary and esthetic issues - has additionally a positive effect on hindering nutrients emissions to the Baltic Sea. Sand cleaning has been a pronounced task for the Palanga City Municipality - the biggest coastal resort in Lithuania - which otherwise may be troubled with plastic debris and litter. The number of tourists in the resort has been increasing for several decades, consequently the littering of Palanga City Municipality beaches has been increasing too.

The touristic season starts from May 15th and lasts until September 15th (aprox 4 months). The biggest anthropogenic pressure for the resort is on July and August, because on that time the population of the resort grows very high (on one weekend one can expect more than 300 000 tourist). In this regard, sand cleaning from all kinds of litter (the main part of it make plastics and cigarette buttons) is important from the ecologic, economic, social, and political point of view.

Before starting the RBR Project, cleaning of the Palanga City Municipality beaches was made manually and using agricultural machinery. During the season (from May 15th to September 15th) the Palangos komunalinis ūkis Ltd. (an enterprise responsible for the beach and city cleaning) was used to hire additionally 10 employees for the cleaning of beaches. In 2019 about 145 tons of garbage daily from the beaches area were collected. In the metropolitan Palanga area 403 tons of garbage, thus 36 percent of all garbage was collected in the beach area. 70 percent of beach area collected garbage makes plastic packaging.

To solve the problem, the Palanga City Municipality analyzed available technologies and equipment, purchasing finally professional mobile sand cleaning machine BeachTech Marina Vehicle. The machine has been tested in terms of the effectiveness of pollution removal, and the company prepared documentation regarding legitimacy of such a machine application on beaches with high pollution levels, including plastic debris but also cigarette butts, bottle stoppers and other contaminants.

The machine reached Palanga Town Municipality on the 14th of August, 2019 and worked 20 days until the end of season 15th of September, 2019 and consequently cleaned beaches next season which started in 2020 from 15th of May to 15th of September.

Operational costs include technical passport and registration fee (~200 EUR, insurance fee ~290 EUR and diesel ~1 100 EUR. Accumulated operational costs per season sum up to 1 600 EUR, mainly influenced by the diesel costs. It is assumed that the vehicle cleans 6,5 ha of beach per day.

The BeachTech Marina cleaning machine during one drive to the Palanga beach in 4 hour cleans 6.5 ha of beach area (about 1,2 km along the water line) that is, during 1 moto hour it cleans 1.5 ha of beach sand. During one drive this machine collects four 240 liters containers, which makes 960 liters of garbage in one drive to the beach. During documented tests in 2019 the BeachTech Marina cleaned 3 times (22 working hours) 36 ha of beach area and collected 2 880 liters of different garbage (60 percent of which were plastic bottle stoppers). Basing on the tests, during the season the sand cleaning machine should have the potential to clean an area of 338 ha loading 12 480 containers with different garbage.

The full cost (141 570 EUR) incorporates the cost of the machine, driving to Lithuania and personnel training. 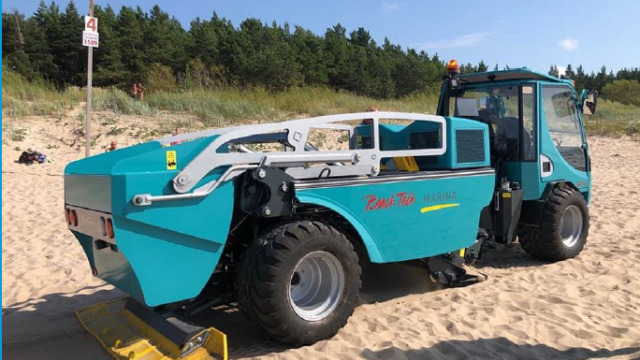 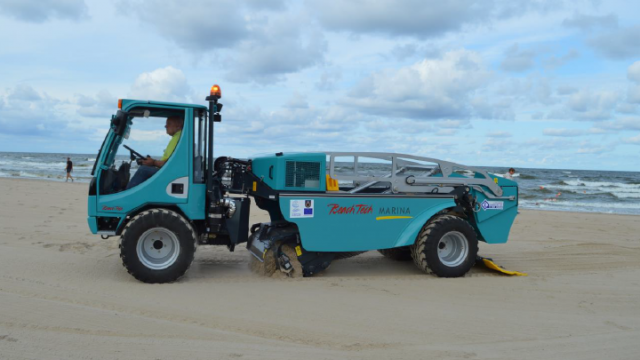 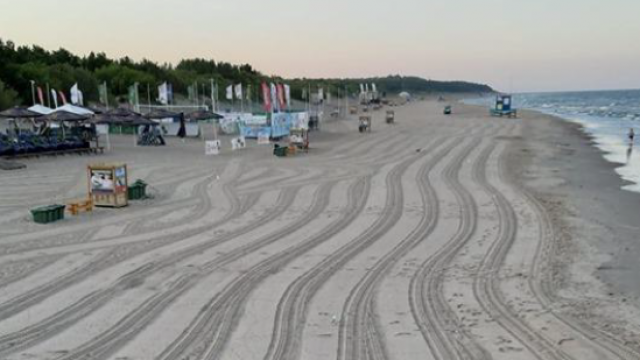 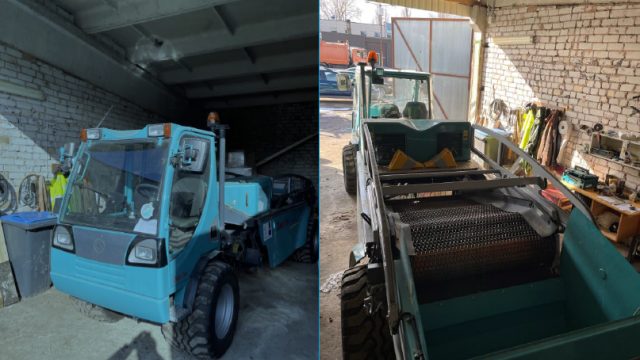 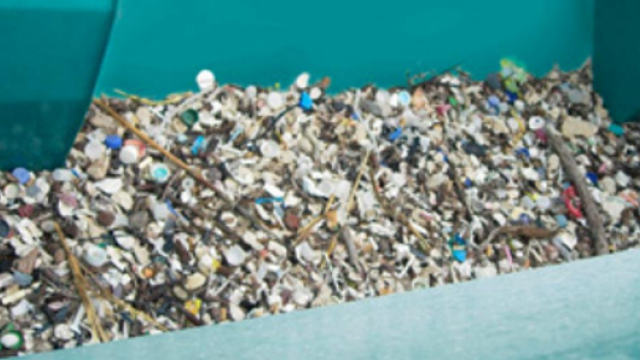 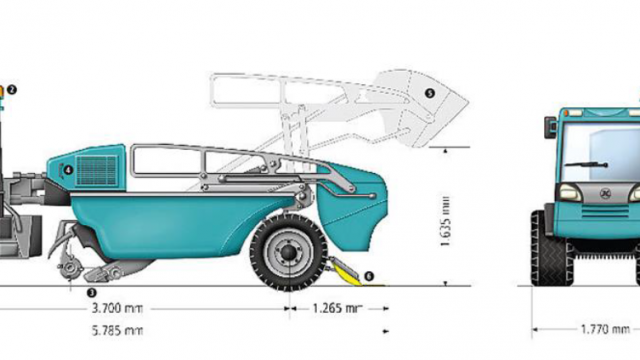