The WWTP Grevesmühlen is situated close to the German Baltic sea coast. The WWTP serves 65,000 PE and treats around 2,000 m³ daily. A large share of pre-treated wastewater from food industry is treated together with municipal wastewater. The sewer system is combined.

The sludge treatment includes digestion of additional sludge from surrounding WWTPs and co-substrates. Therefore more energy is produced than needed for the treatment process. This surplus of energy serves pumping stations, drinking water production and other WWTP.

To increase the production of biogas even more the thermal hydrolysis was built as a pilot scheme. The aim was to operate as many technical assets with self-produced electricity as possible. Operating the sludge disintegration leads to a more efficient use of the digester volume and a better dewaterability of the digested sludge. Furthermore the nitrogen from the sludge liquor is reduced by partial flow treatment based on a two-stage deammonification.

As thermal hydrolysis is not commonly applied yet, there is a knowledge gap on optimal settings for operation. In order to detect the most suitable combination of pressure and temperature, testing both on lab and technical scale had to be performed. Both the operation of the technical plant and the realisation of the laboratory experiments are made by employees of the WWTP Grevesmühlen.

There were some technical issues. Because it is a pilot scheme the design is very functional and many improvements were made in the time since construction. Pumps and pipes needed to be fixed, sensors and controlling needed to be improved and there were also a big issue with the smell. That was fixed by sealing the construction. Although the plant is operated with only half its capacity, the influent values of the deammonification plant are already increased by 20%.

Previous upgrades and investments at the WWTP aimed at an extraordinary biogas yield. To unlock the full potential of the plant, the operator and a consultant decided to develop a decision-making tool for optimized process operation and mass flow management based on a simulation model. As the necessary input data for calibration of thermal hydrolysis in the model is not available from other sources, it was agreed to start an analysing campaign both on lab and technical scale.

Before the start of the laboratory scale experiments, operating parameters, like temperature, pressure and sludge input, had to be tested with the technical plant. That consumes not only a lot of time, because the plant need to be cleaned every time another kind of sludge needs to be disintegrated. But the efficiency of the digestion might decrease with every bad charge of sludge. With the laboratory it is easier to investigate the disintegration with different parameters.

Parallel to the existing full scale hydrolysis, laboratory equipment was ordered to enable parallel testing in the lab. This involves a custom-made autoclave, since such apparatus was not available on the market.

In the first step disintegrated sludge from the technical plant was investigated. Those experiments were made with the support of Aqua and Waste. The expectations were confirmed. Each sludge-batch was hydrolyzed with a different combination of pressure and temperature. Several parameters were measured each day, for example sludge temperature, COD, nitrogen, phosphor, dry matter and organic dry matter before and after the digestion. But also biogas parameters like the amount produced biogas, CH4, CO2, H2S and O2 were tested. Each sludge batch was digested up to 30 days.

Increasing the temperature leads to a higher amount of set free COD and nitrogen. Depending whether its raw sludge, surplus sludge or any other kind of sludge, the rate of increase can be up to 57,000%.For example the value of COD of not-desintegrated raw sludge is around 13 mg/l and of disintegrated sludge can rise up to 57,000 mg/l.

An important topic is the energy production and consumption. On the one hand you have more nutrients set free for digestion, which leads to an increased biogas production and electricity production, but on the other hand you need energy for the hydrolysis. All in all you need the more-produced energy for the desintegration process. But the real advantages is a better dewaterability of the sludge. The solid contents of the thickened sludge increases up to 3 %.

The implemented good practice delivered mandatory data to finalize the decision support system. Additionally the laboratory set-up can be used to determine how thermal hydrolysis will be effected by different co-substrates or varying sludge compositions. 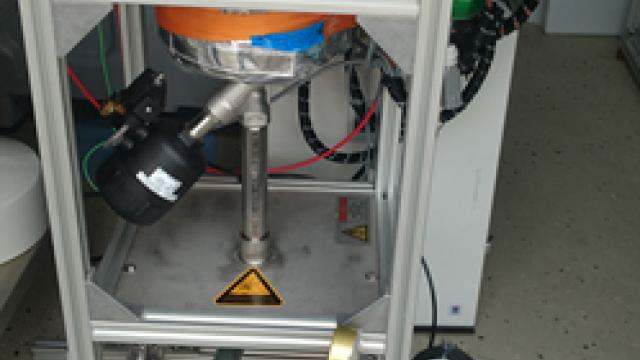