Research was conducted in WWTP located in Gniewino (Pomerania Region, Poland). This WWTP serves 15 000 PE (population equivalent), 35% of wastewater supplied to WWTP comes from diary and food industry and 17% wastewater are delivered from septic tanks.

Total area of Gniewino STRB is 2400 m2 and it consists of 6 beds. Until 2017, the reed bed system was operated continuously. However, due to maintenance challenges, gradual modernisation of some beds was necessary. So far, one reed bed was modernized. It is also planned to build two additional beds to ensure lower load of raw sludge. Reject water (RW) from STRB are recirculated at the beginning of WWTP and added to the influent.

Sludge from wastewater treatment plants creates problems of disposal, which may account for half of the total cost of wastewater treatment. Treatment of sludge in a Sludge Treatment Reed Beds (STRB) is a low energy and low cost solution that uses nature’s own methods to reduce production of sludge through integrated dewatering and stabilization processes.

STRBs are typically built as ground objects with horizontal layers of gravel and sand mostly planted with reed. It is very important to build drainage system connected to the ventilation chimneys. This prevents the formation of anaerobic conditions and ensures properly conditions for dewatering and stabilization of sludge. During the operation of STRBs there are three periods (commissioning, full operation and emptying). During the operation of the first commissioning period (which lasts about 2 years), dose of dry matter of sludge should be lower than designed values. During operating reed systems are periodically irrigated with sewage sludge with a low dry matter content (from 0.5% to 1.5%). Resting periods (breaks in sludge supplying) may take several days, depending on weather conditions, the age of a system, the dry matter content in sludge as well as thickness of accumulated sludge. Before emptying bed should not be used for some time (preferably in summer) to increase the content of dry matter and also improve sanitary properties.

The method of STRBs is predicted for long-term management of sludge, which is about 10-15 years. Raw sludge is directly supplied into special bed planted with reed. An important element of the reed system is the correct construction of the drainage layer, which drains leachate and ensuring the inflow of air. Due to presence of reed, the efficiency of sewage sludge dewatering is very high, and content of dry matter reaching up to 40%. In STRBs sewage sludge is not only dewatered but also stabilized. After this process, sludge is characterized by a chemical composition similar to that of humus. Additionally, obtained product is safe as microbiological regards. STRBs do not require the use of additional chemicals to improve the process. This is a low-emission and low-energy-consuming method, because electricity is needed only to pumps supplying sludge to the system. STRBs are especially useful in rural areas and housing estates where economic considerations limit the use of expensive mechanical equipment. These systems can be established in any area and are simple to build and operate.

Quality of raw and treated in STRB sewage sludge from WWTP in Gniewino:

Average concentration of chromium, copper, nickel, zinc, cadmium and lead in raw and treated sewage sludge from WWTP in Gniewino as well as the permissible values of metals for the agricultural use according to The Regulation of the Environment Minister (2015) in Poland:

Based on obtained results it was indicated that selected heavy metals concentrations in sewage sludge from STRB in Gniewino were significantly below the permissible values for the agricultural use.

The quality of reject water and it changes in time:

It is estimated that the cost of maintenance of STRBs is only 10% of cost of traditional solution used for sludge management. Additionally, this technology does not need the use of additional chemicals to provide effective dewatering and stabilization.

The STRB in Gniewino was built using own funding of WWTP. 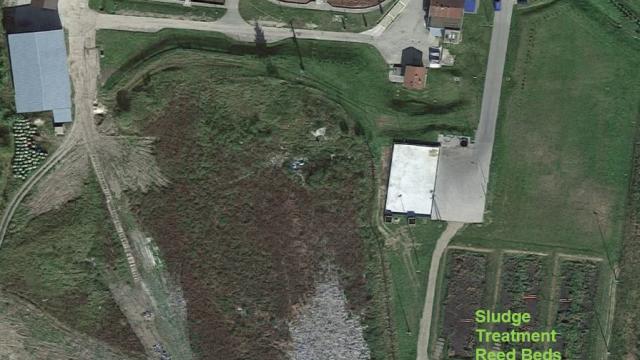 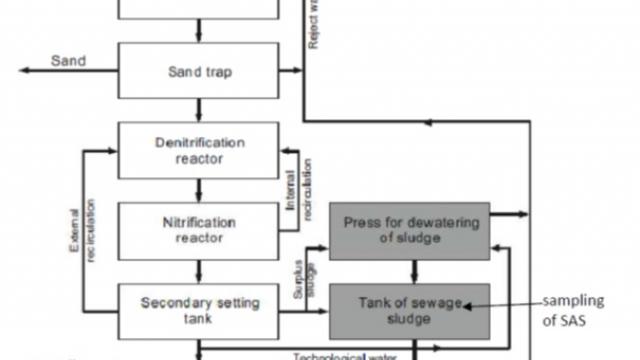 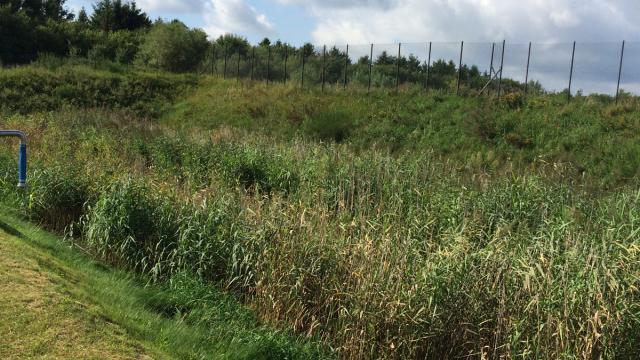