The North Aeration Station (NAS) constructed in the middle of the last century was using the method of mechanical and biological effluent treatment and required modernization. The upgraded sewer treatment facilities comply with the HELCOM requirements of the treated effluent quality, as well as allow significant reductions in the the electricity consumption.

North Aeration Station (NAS) was built in the middle of the last century. The treatment system utilized the method of mechanical and biological effluent treatment, for which two stages of corridor aerotanks with regenerators and variable volume of the aeration zone were built. The air supply and dispersal system consisted of non-energy efficient equipment, and the quality of the effluents did not correspond to the standards of HELCOM for nutrient elements. It was decided to perform renovation at each of the two stages of the North Aeration Station.

NAS is a wastewater treatment plant complex located west of the Olgino settlement, occupiying the area of 65 ha. The works on the construction of NAS were performed since 1975. NAS was opened in 1986 when the first stage was commissioned with the throughput 500 m3 per day. In 1987, the productivity of NAS was increased to 600 m3 per day. In 1995, the last stage was commissioned, after which the design throughput 1,250 m3 per day was achieved (second place after the Central Aeration Station in St. Petersburg). The NAS sewer basin includes the territory of the right bank of the Neva, Bolshaya Nevka, as well the Petrogradsky District. By 2002, effluent was treated at 8 mechanized grates with 16 mm gaps, 2 stepped grates with 6 mm gaps, at 20 rectangular aerated grit-removal tank, 8 radial-flow primary settling tanks, 10 sections of three-corridor aerotanks, 12 primary secondary settling tanks. Biologically treated effluent is released to the Neva Bay at the distance of 1.5 km from the shore. In 2007, a plant for combustion of effluent sediment was opened at NAS (second after the plant at Central Aeration Station). For this, dehydrated residue (about 200 000 m3 per year) was stored in the range near the Novoselki settlement.

Within the implementation of the project, the following basic objectives were performed:

The contract for design and construction was concluded on 1 February 2012, after which the design works commenced. In April 2013, after technological projecting, contracts were concluded for supply of equipment with international suppliers. Building and assembly works were performed from 2013 to 2017. In performing the building and assembly works, the effluent treatment process was not interrupted, the renovation took place along with the treatment. In this connection the works on the facilities were performed consecutively, i.e. renovation of the 4 primary settling tanks of the 1st stage of NAS commenced only after the renovation and launch of the mechanical and biological treatment facilities of the 2nd stage.

Completing the upgrade of sewer treatment facilities allowed the quality of the treated effluent comply with the HELCOM requirements, at the same time significantly reducing the electricity consumption.

The completion of the works in the 1st stage of renovation of NAS made it possible to ensure guaranteed effluent treatment in the amount of 800 000 m3/day ensuring the HELCOM requirement, including the most important indices – biogenic elements nitrogen and phosphorus giving rise to the algae growth (water blooming) and toxic cyanobacteria:

The cost in EUR is approximate. Investment cost is 2,100.0 mln RUB.

The financing was performed on account of own funds of SUE "Vodokanal of St. Petersburg" and the borrowed funds 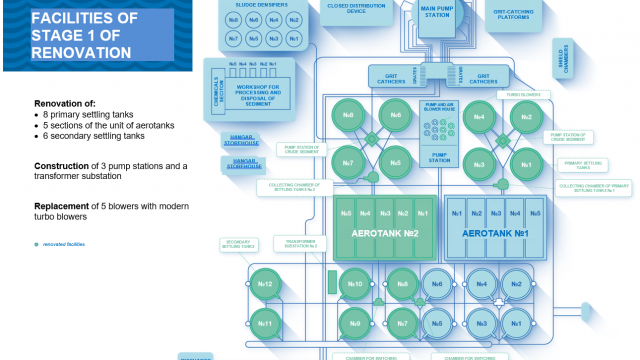 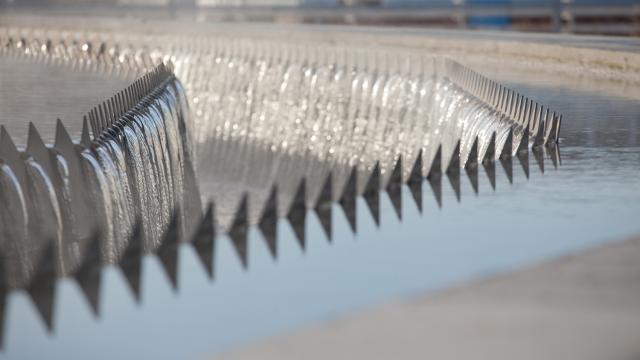 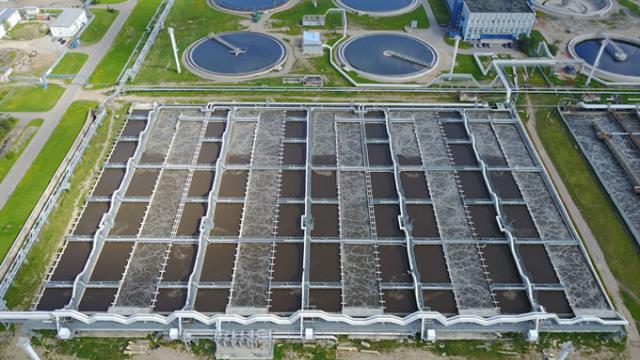 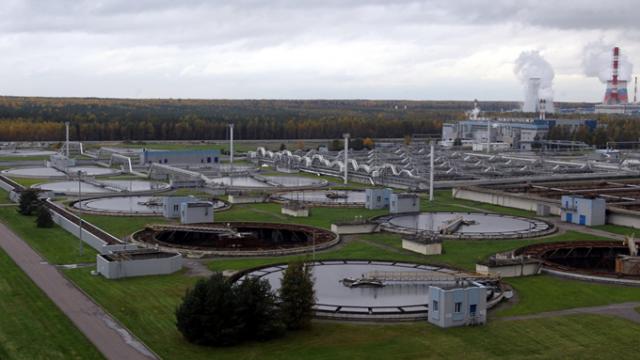