The produced groundwater is pumped and transferred to consumers via a pipeline. At the end of the pipeline there's a turbine that generates a major part of the electricity used in the pumping of water into the distribution network.

Before the production of the artificially infiltrated groundwater, the Turku area relied on chemically treated river water from the rivers Aurajoki and Raisionjoki. The former water production facilities suffered from inadequate amount of available raw water as well as periodical raw water quality issues. The managed aquifer recharge (MAR) system was a solution that solved those problems and provided the whole Turku area with much more resilient and reliable water production system.

Turku Region Water has chosen the managed aquifer recharge (MAR) method to secure the water production in the region. Nowadays the company is the second largest water producer in Finland and delivers annually over 23 million cubic meters of water to ca. 300 000 customers.

The design of the Virttaankangas MAR plant was a result of complex research including sedimentological, 3D hydrogeological, and groundwater flow modeling. The design was also based on thorough and extensive infiltration and pumping tests as well as tracer tests conducted in the esker aquifer.

The raw water for the artificial recharge facility comes from the river Kokemäenjoki which is the largest river in Satakunta and Pirkanmaa provinces. The physical, chemical and microbiological qualities of the raw water are closely monitored. The water from the river is pumped to the pre-treatment facility where all solid matter, such as clay, is removed from the water. This process also removes 99 % of all pathogens. The water treatment process consists of three phases; sieving, dissolved air flotation and sand filtering. Pre-treated water is then pumped to Virttaankangas aquifer area via 30 km pipeline.

The Virttaankangas esker aquifer is partially deposited in a deep bedrock fracture valley. The esker aquifer was formed at the end of last glacial period as the ice sheet melted over 10 000 years ago. At its deepest, the several kilometres long fracture valley in the bedrock, filled by sand and gravel, reaches 100 metres below the ground surface. The pre-treated water from Kokemäenjoki is infiltrated into the Virttaankangas esker aquifer through 19 recharge basins. The infiltration basins cover the total area of 2,4 hectares. The water flows within the esker for an average of three to four months. The soil in Virttaankangas not only purify the water, but also optimises the pH value and hardness of the water in a completely natural manner.

The water flows through the esker and is pumped up using groundwater wells, which are 40 metres deep on average. The best wells can produce 12–13 million litres of water per day. Potable water is pumped from the production wells into water reservoir, from which it gravitationally flows through two 60 km long pipelines to water reservoirs in Turku and Lieto. The larger pipeline is equipped with a turbine that regulates the flow and provides electrical energy.

In Turku the water is stored in Saramäki underground bedrock reservoir consisting of two caves 235 and 250 meters long. Built into solid bedrock, the reservoir keeps the water clean, cold and protected from outside conditions. The water is chlorinated in the reservoir to ensure its high quality through the distribution network. Drinking water is then pumped to consumers via partner towns’ networks.

The amount of water in the network is automatically regulated by consumption, and the situation is constantly monitored by the Turku Region Water.

The use of artificially infiltrated groundwater has eliminated the variations in the water quality caused by the use of surface water. Artificial recharge guarantees constant high-quality water production long into the future without the need for complex technology or excessive use of chemicals. Turku Region Water produces clean water using natural environment friendly and cost-effective processes based on the latest and best available technology. The quality of the produced water corresponds to the water quality standards.

Municipalities of the Turku area. 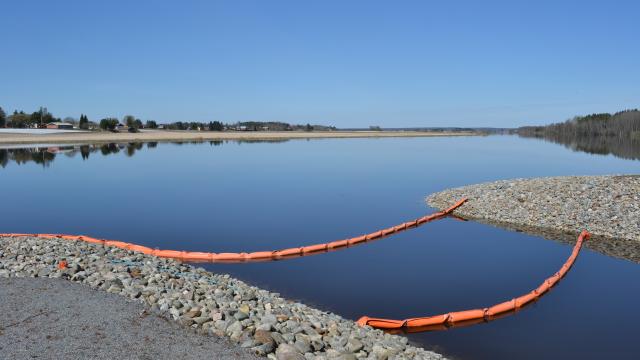 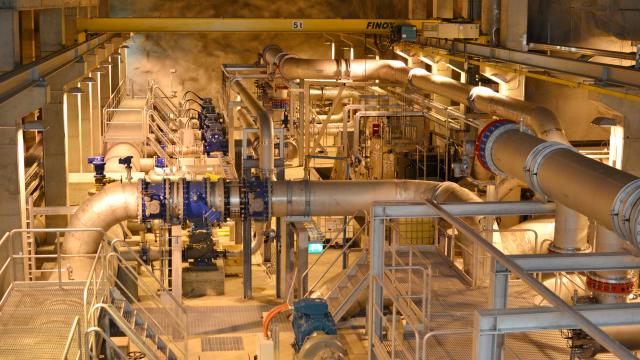 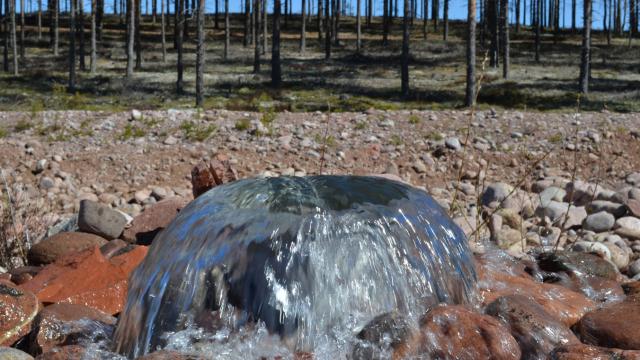